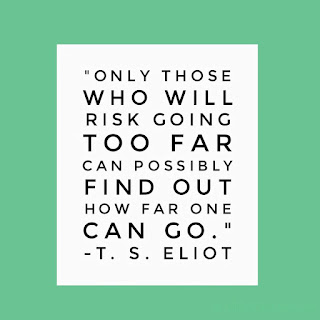 I wrote this blog post in March 2018.  It was the first time I ever shared my 2001 marathon story publicly and I wanted to provide insight into WHY I am who I am.  I am resharing today because this is the first "Marathon Monday" that I've been in Boston since 2001.  The idea of "How far one can go" has taken on a new meaning during this pandemic. So many people are willing to "risk going too far" and realizing "how far one can go".   I hope this serves as some inspiration for those who need it and gives some the push to put write about their experiences, too.  (April 20, 2020)


I became a distance runner after college. Running made me feel good- mind, body and soul. I proudly trained for, ran and completed my first marathon in Boston in 1999. This experience taught me so much about my strength and endurance and how far one can go.

I enthusiastically decided to run Boston again on April 16, 2001, but it was a last-minute decision, so I didn’t have a number. A friend knew a friend who had registered, but not running, so I was able to get her number, and I ran under the name “Melissa Hamburger”.

Most things felt the same about my second marathon- I was inspired by the runners around me, the streets were lined with fans holding signs and shouting words of encouragement, and I ran the course with a smile on my face, taking it all in. I monitored my pace with my running watch to be sure I wasn’t going too fast. I also stopped at every hydration station, alternating water, and Gatorade each time. Everything was going great!

It wasn’t until I crossed the finish line, after just over 4 hours of running, that I started to feel different. I had the chills and my body was shaking, so I got a mylar wrap and headed to the medical tent. I rested for a bit, and my family met me there to take me home.

I felt weak, but I got up from the medical tent with my mom, aunt, and boyfriend by my side and headed home. Leg one out of Boston was on a train, and as soon as the train starts moving, I got sick. It was so embarrassing, but my mom was there to take care of me.

I really don’t remember much about the train or the car ride back to my apartment. I do remember asking for water (lots and lots of glasses) in my apartment and my mom talking to the doctor, and my boyfriend leaving for the store to buy broth for me. That’s it. That’s all I remember.

My next memory was seeing my brother and sister-in-law holding a framed picture of my baby nephew so I could see it- I was laying down looking up at them and everything was blurry. I didn’t know where I was. I remember smiles on their faces and nurses coming to see me. I was in a hospital bed and I had been for 4 days.

When I learned about the scare that I put my family and friends through over the previous four days I was overwhelmed with sadness. On Marathon Monday, when I stopped remembering, I had passed out in my apartment. I was taken by ambulance to the local hospital where they pumped me with fluids. I started to seize, and they tried to reach my primary care, Dr. Richter. They called the wrong Dr. Richter (they found two) and although he didn’t know me, he agreed to meet me at the hospital he was affiliated with, Massachusetts General Hospital in Boston. I was transported by ambulance to MGH...how far one can go.

Dr. Richter and his team saved my life. They determined that I was suffering from hyponatremia (I was the sixth documented case in the United States at the time). I had too much water in my body which caused my sodium and potassium levels to drop. I was put in a medically induced coma so they could treat me and so my body could rest and heal. While I was healing, my family was alternating shifts by my bedside, waiting and hoping that I would wake up. What a horrible thing to go through.

As I mentioned before, I woke up after 4 days. I was then discharged from the hospital the next day. It took me several months to get back to 100% and my biggest healing points were not physically, but mentally. I had lost control of my body and that was hard to comprehend.

So, why am I sharing this story? This happened 17 years ago. So many wonderful things have happened in my life since then...I got married, have two beautiful kids, I moved to the same street as my brother and his family, my mom is a few minutes down the road, I am an elementary school principal, and I still go out on the road for a jog a few times a week. Life is good and I work hard to find the positives in every day, but when I start to see runners doing their long runs in preparation for the marathon in January or February, and the banners decorate the light posts along the route, I am reminded of what happened to me.

I still do not want to be in Massachusetts on Marathon Monday. I still get worried when someone I know says they’re going to run a marathon. Since 2002, my husband has planned surprise getaways for April vacation so I’m not in the state for the marathon. This vacation tradition has turned a really hard day and week into a happy memory maker.

I know we all have life events that test us and teach us how far one can go. I want you to know about this one because I think it explains a lot about me. Dr. Richter saved my life at Massachusetts General Hospital on Monday, April 16, 2001. I wake up every day committed to giving back to others. I take meaningful risks to grow and learn. I try to appreciate and celebrate the people in my life. I like to give people gifts and cook for them. I also have a tendency to work too much. I have been told by colleagues that I am the glue that keeps things going. I follow-through to a fault. I think I am always trying to push myself to see how far I one can go.
Posted by Brenda Maurao at 8:22 AM